Spanish violinist Francisco Fullana has received international praise as a “rising star” (BBC Music Magazine), an “amazing talent” (maestro Gustavo Dudamel) and “a paragon of delicacy” (San Francisco’s Classical Voice). His 2016 recital debut at Carnegie Hall was noted for his “joy and playfulness in collaboration; it was perfection” (New York Classical Review).

A native of the Spanish Balearic island of Mallorca, Fullana is making a name for himself as both a performer and as a leader of innovative educational institutions. His active performing schedule has included a Mendelssohn Violin Concerto with the Bayerische Philharmonie, under the baton of the late Sir Colin Davis, the Sibelius Concerto with the Münchner Rundfunkorchester, and a Brahms Concerto led by Señor Dudamel at Venezuela’s Simon Bolivar Hall. He has soloed with the Vancouver, Pacific, Alabama, Maryland, Madrid and Hof Symphonies and the Spanish Radio Television Orchestra, while collaborating with such noted conductors as Davis, Dudamel, and also Alondra de la Parra, Christoph Poppen, Jeannette Sorrell, and Josh Weilerstein.

Francisco has taken part in the Marlboro Music Festival and “Musicians from Marlboro” tours. He has joined in prominent chamber series including the Music@Menlo, the Da Camera Society, Perlman Music Program, and Yellow Barn, alongside members of the Guarneri, Juilliard, Pacifica, Takacs and Cleveland Quartets, while performing alongside such renowned artists as Viviane Hagner, Nobuko Imai, Charles Neidich and Mitsuko Uchida, among many others.

The coming year will find Fullana in debuts as a soloist with the Castilla y Leon and Las Cruces Symphony Orchestras, Buffalo Philharmonic Orchestra and the Saint Paul Chamber Orchestra and returns with Alabama, Balearic Islands, Dana Point, Extremadura and Xalapa Symphonies, among the concerto performances in U.S., Europe and Asia. Among the many chamber music engagements on his upcoming schedule, he has been invited to join the prestigious roster of Lincoln Center’s Chamber Music Society Two, starting in 2018.

Orchid Classics will release this upcoming March Francisco Fullana’s new recording Through The Lens of Time, which includes Max Richter’s “Four Seasons Recomposed,” with the City of Birmingham Symphony Orchestra conducted by Carlos Izcaray. The ambitious project carries forward from its modern reconsideration of Vivaldi’s beloved classic with a series of contemporary solo works that also shine a new light on the baroque music tradition. Fullana’s ongoing collaboration with Argentinian bandoneonist J.P. Jofre will culminate with the 2018 premiere of Jofre’s Double Concerto for Bandoneon and Violin, a work commissioned by the Balearic Islands Symphony, San Antonio Chamber Orchestra and New York City’s Metropolis Ensemble.

Born into a family of educators, Francisco first studied with Bernat Pomar in his hometown of Palma de Mallorca, later graduating from the Royal Conservatory of Madrid, where he matriculated under the tutelage of Manuel Guillén. He is a graduate of The Juilliard School, where he received bachelor’s and master’s degrees, studying with Donald Weilerstein and Masao Kawasaki, and is also an Artist Diploma graduate from the USC Thornton School of Music, where he worked with the renowned violinist Midori.

Francisco has also become a committed innovator, leading new institutions of musical education for young people. He is a co-founder of San Antonio’s Classical Music Summer Institute, where he currently serves as Chamber Music Director. He also created the Fortissimo Youth Initiative, a series of baroque and classical music seminars and performances with youth orchestras, which aims to explore and deepen young musicians’ understanding of 18th century music. The seminars are deeply immersive, thrusting youngsters into the sonic world of a single composer, while inspiring them to channel their overwhelming energy in the service of vibrant older styles of musical expression. The results can be galvanic, and Fullana continues to build on these educational models.

Francisco currently performs on the 1735 “Mary Portman” ex-Kreisler Guarneri del Gesu violin, kindly on loan from Clement and Karen Arrison through the Stradivari Society of Chicago. 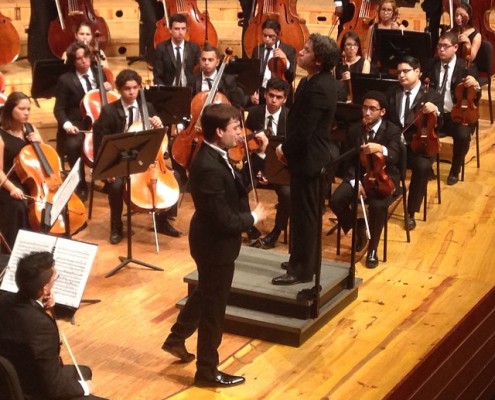 Francisco Fullana is, to my knowledge, the first violinist to record Max Richter’s ingenious Four Seasons Recomposed since the initial outing with Daniel Hope on Deutsche Gramophone (among my favorite recordings of 2012). In doing so Fullana not only offers an alternative reading, which is something we should want to have of all worthy compositions, but he also presents this inspired 21st century Vivaldi-knock-off in a new setting by interpolating the four concertos with three 20th century violin (solo and solo + piano) bonbons.”

Mr. Fullana has a cherubic face, and he doesn’t scowl or contort it the way so many violinists do.

“In fact, the predominant emotion he conveyed (though not the only one) was the joy and playfulness in collaboration. He was actively listening to everything around him in his two musical partners. His pianist, David Fung, was superb. Mr. Fullana provided a real novelty in the presence of his frequent collaborator, young Argentine composer JP Jofre, who played the Argentine equivalent of the accordion, the bandoneón.” 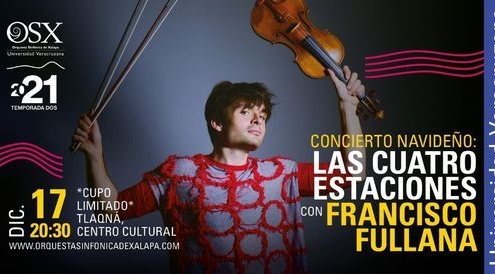 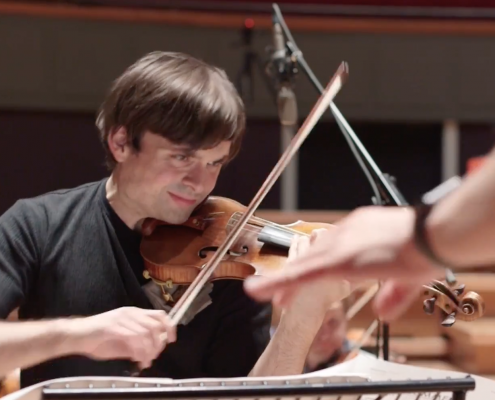 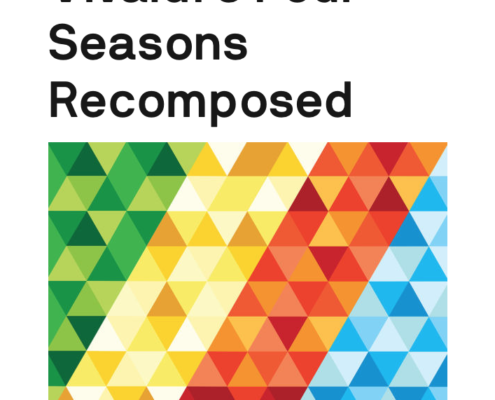 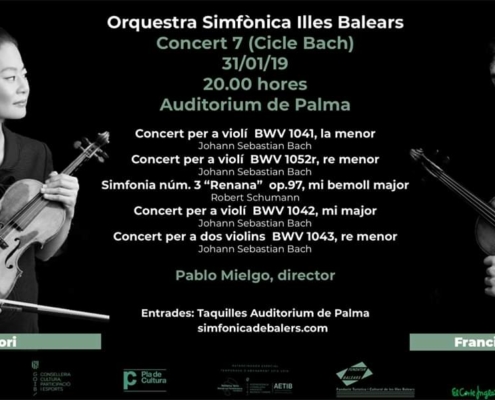 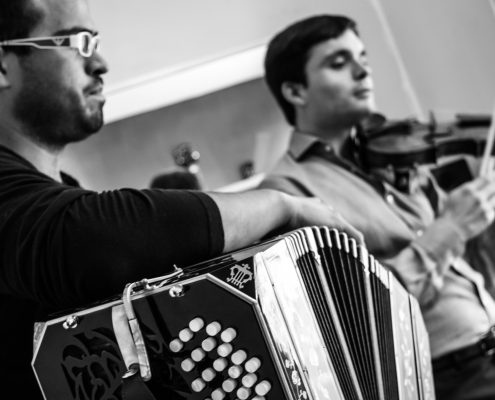 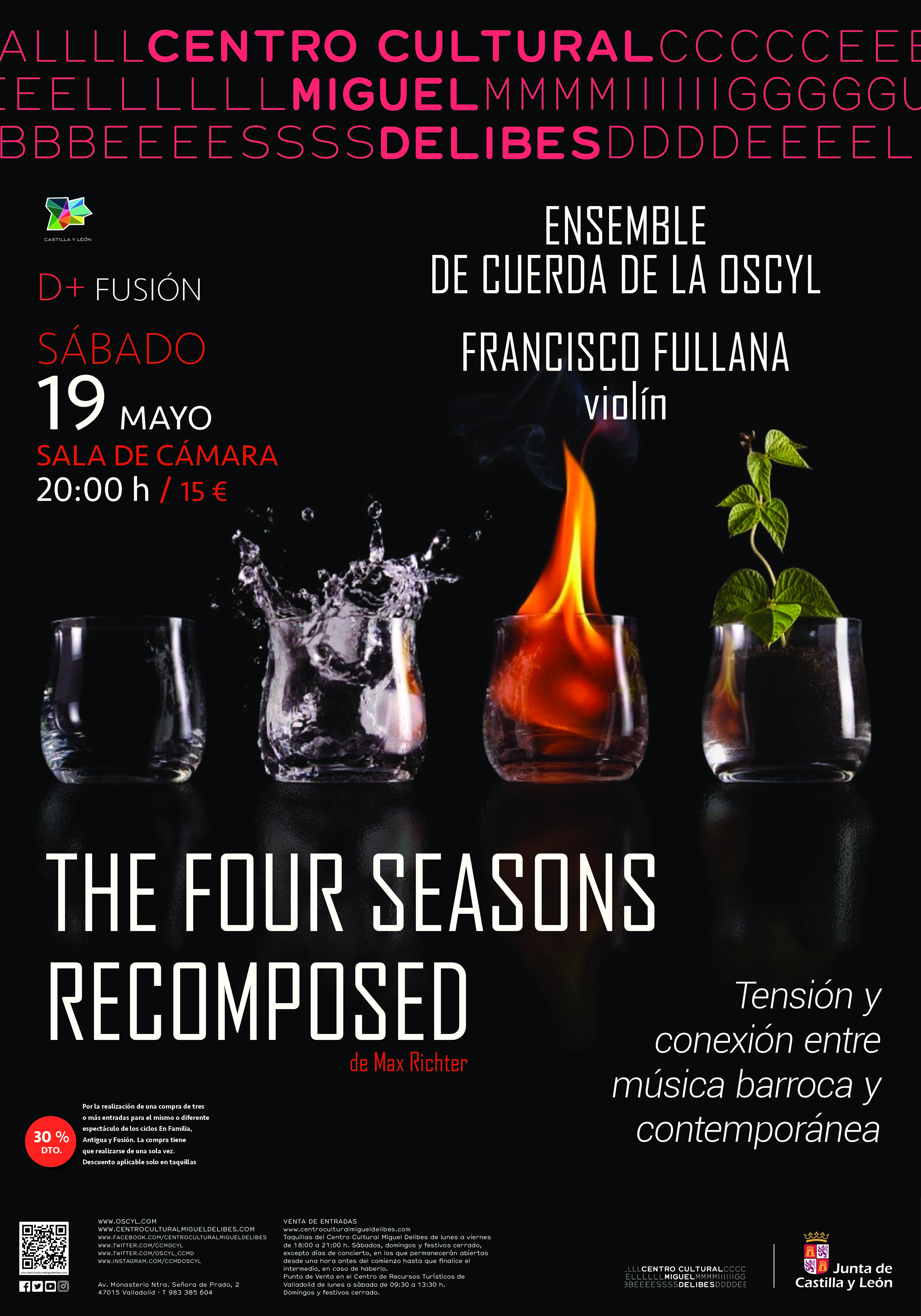 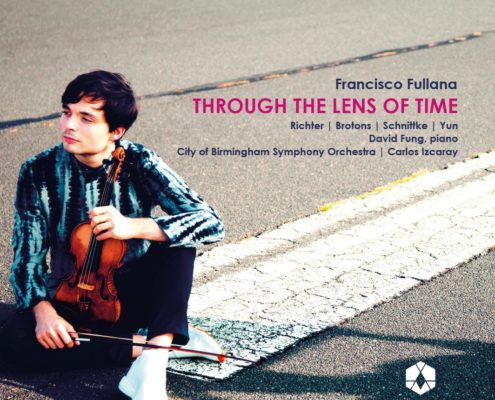