Charlie Siem is one of the brightest young stars in classical music. Born in London to a Norwegian father and British mother, Charlie began to play the violin at the age of three after hearing a broadcast of Yehudi Menuhin playing Beethoven’s Violin Concerto.

Charlie is a great believer in giving back to worthwhile causes and is honoured to be an ambassador of the Prince’s Trust and Visiting Professor at Leeds College of Music, making Charlie the youngest Professor in the UK.

In addition Charlie has revived the age-old violinistic tradition of composing virtuosic variations of popular themes, which he has done alongside artists including Bryan Adams, Jamie Cullum and The Who. Most recently Charlie wrote his first piece for string orchestra, “Canopy” which was recorded with the English Chamber Orchestra and is featuring on his latest CD with Sony Classical.

Charlie has had numerous collaborations with brands including Dior, Dunhill, Armani and presently for Boss. 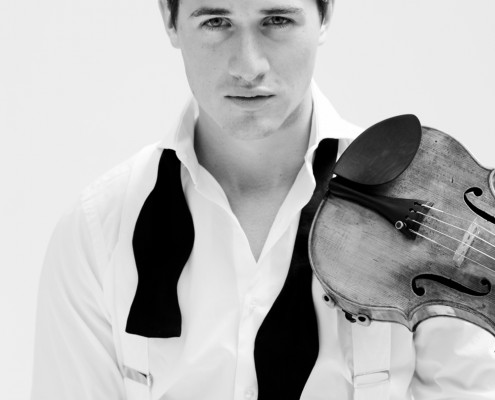 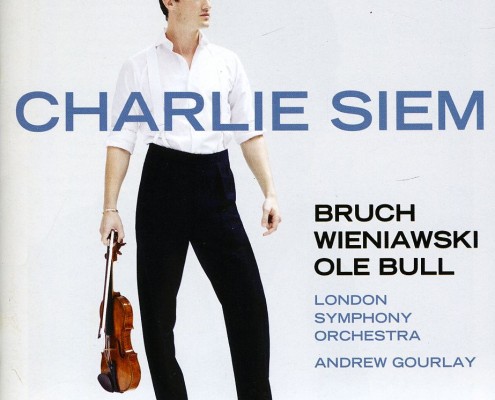 This continued with the appearance on stage of young British-Norwegian violinist Charlie Siem. Looking cool, polished and as suave as they come, these were also traits he displayed in his performance of Max Bruch’s Violin Concerto No. 1 in G minor. Thankfully he also had the deep heart and soul required to make the music sing, in a great romantic combination of drama, passion and tenderness.  There was utter rapport all around; whether with the violin leading or the orchestra having its powerful say here and there. One just wished it would never end. In particular I doubt whether that adagio could have been more exquisite than it actually was.

An interesting point is that the orchestra was led by Carmine Lauri, no mean violinist himself and who had performed the same concerto standing in that same space. It reminded me that this evening’s performance was very similar in achievement and excitement.

Siem came back at the beginning of the second half of the concert with a concert showpiece. This was the Introduction and Rondo Capriccioso, Op. 28 by Camille Saint-Saëns. It is a typically well-crafted concert piece by the prolific French composer who on a sound Gallic base flavoured this work with Spanish touches.

The mainly reflective introduction contrasted highly with the fiery rondo capriccioso which was full of a well-manoeuvred avoiding of dangerous pitfalls which the composer mischievously laid across the violinist’s path. Dangers only a skilled and very well prepared performer like Siem could deal with.

For a typical “virtuoso concerto” that is supposed to offer a solo violinist the opportunity to demonstrate his skills as effectively as possible, the Concerto No. 5 in A minor, Op. 37, of Belgian violinist and composer Henri Vieuxtemps (1820–1881) is comparatively reticent and rather straightforward. At least that is the impression that would have been made by those who attended the final COOP symphony of the current season (and which was repeated the next day in the popular symphony series).

The Basel Symphony Orchestra was under the leadership of Polish conductor Michal Nesterowicz and the solo was taken by Charlie Siem, born in 1986 in London, who has already gained some popularity in his homeland.

He plays the Guarneri del Gesu d’Egville of his idol Yehudi Menuhin and can count Norwegian violin virtuoso Ole Bull among his musical ancestors.

It was therefore astonishing when a violinist appeared before a full house at the Music Hall of the City Casino ­ and performed without ostentatious gestures, with a mostly subdued tone in an almost intimate manner with a posture as if he did not want to impose himself on his audience.

Thus Charlie Siem’s technical brilliance was revealed in a rich range of articulations and the pristine purity of the tones even in the trickiest of passages, quick runs and double stops with trills—a sharp contrast with the rather pale overall character of the first half of the evening, which ended with a brief encore composed by Ole Bull.

Opportunities to better display their craftsmanship were more frequent as the Basel Symphony Orchestra tackled Tchaikovsky’s Symphony No. 5 in E Minor, Op. 64. Apart from a less transparent tutti, the ensemble gave a convincing rendition with beautiful solos and a well-rounded brass section. 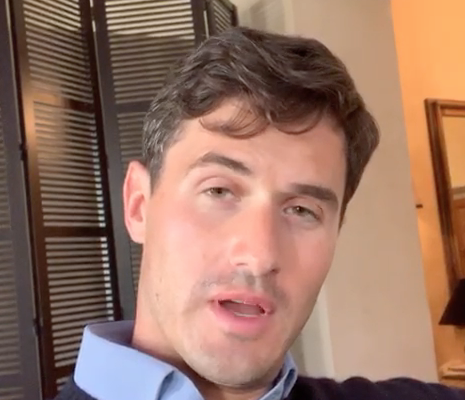 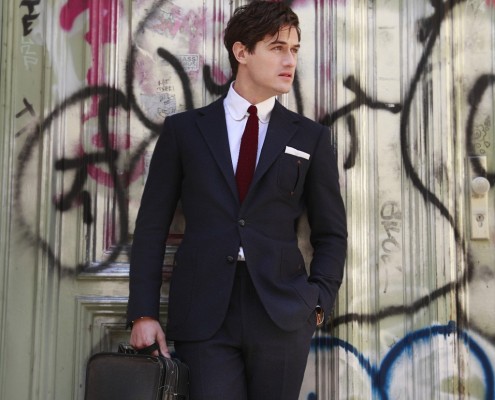 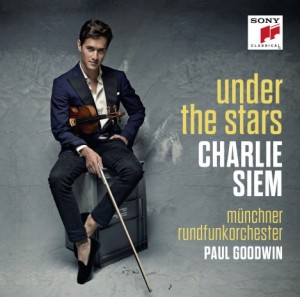 Under the stars’ is an album that harks back to a forgotten era. A golden period of virtuosic violinists epitomised a romantic and sentimental mood that  was prevalent in the early years of the twentieth century. It is now one hundred years since the declaration of ‘the war to end all wars’ – a war that in many ways shattered a softness and unashamedly expressive age giving rise to a reactionary modernist aesthetic that has come to define the 20th century. I have chosen a selection of charming shorts that were staple encores for the great violinists touring the world at that time. I grew up listening to this repertoire and in many ways this collection is a tribute to those wonderful artists who inspired me from such a long time ago. Perhaps on a deeper level it is also a tribute to a world that ceased to exist after the horrors of the First World War and the millions of lives taken in the process. [

I have tried to capture the charm and individuality that is so characteristic of the old recordings I love. These pieces allow a certain freedom to be expressive with sound, shiftings and vibrato that made players like Kreisler, Hubay or Joachim so unique. There is an intimacy and deeply personal aspect to these little pieces that I am so excited to be able to share.  Charlie Siem