From Paris, where he witnessed an unforgettable victory parade on 14 July, Milhaud visited his home town of Aix-en-Provence where, no doubt, the vivid colours of a Mediterranean summer reminded him of Brazil, memories of which still haunted him. L’homme et son désir is concerned with the savage state of nature; fun-loving aspects of popular Brazilian life influenced Le bœuf sur le toit, completed in Paris upon his return from Aix.

In spite of the surface crudity of the work’s deliberate music-hall atmosphere, the organization of Le bœuf sur le toit is unusually subtle – so much so that those carried away, or put off, by the surface bonhomie remain ignorant of the clever artifice of its construction. Using the title of a Brazilian hit of the day, The ox on the roof, Milhaud said he ‘assembled a few popular melodies, tangoes, maxixes, sambas, and even a Portuguese fado, and transcribed them with a rondo-like theme recurring between each successive pair’.

The work is an extraordinary amalgam of material – and not purely musical. As written, Le bœuf sur le toit had no story, and Milhaud at first thought it might be suitable as the accompaniment to a Charlie Chaplin film (hence the original subtitle), an idea which was never tried in practice. Milhaud mentioned it to Jean Cocteau who suggested a theatrical spectacle instead, in effect a ballet, which he would produce. Within a few days Cocteau had funded the show by pre-selling seats to the leaders of Parisian society; he then drafted a scenario to complement Milhaud’s music. 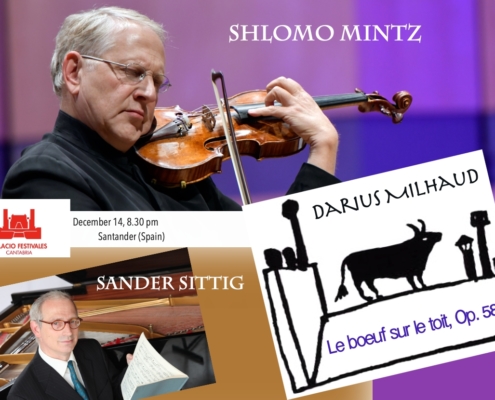 Shlomo Mintz made some arrangements to the violin-piano version and created his own version that will be performed in Santander (Spain) on December 14th, 2019.

To complete the program,  the Sonatina C Major “Quatre Hommages” composed by Mintz and performed in Spain for a first time. 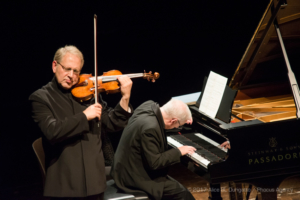 This is how it happened: 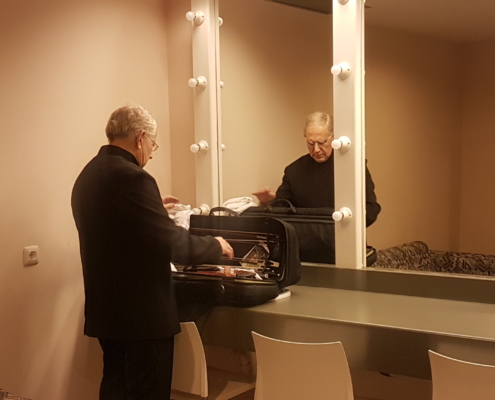 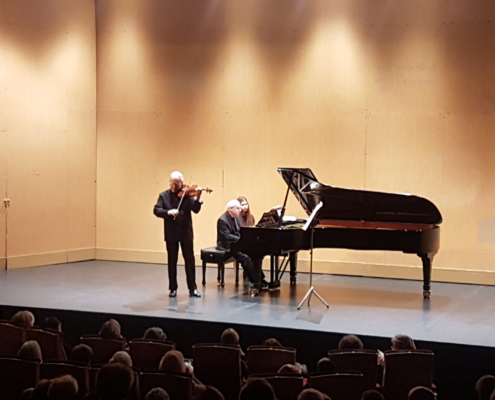 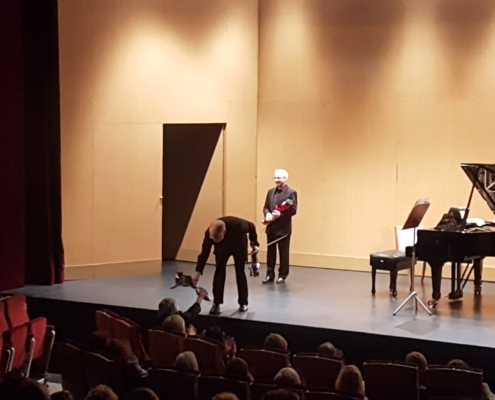 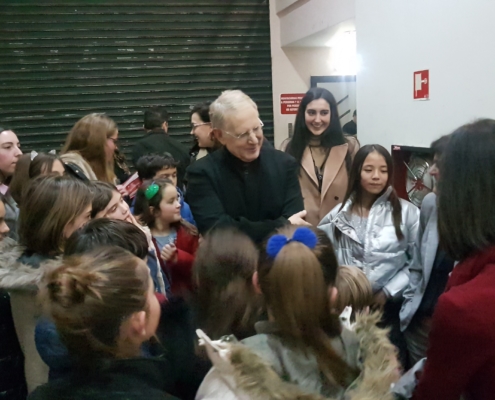